The fish pump BlueComfort is the simple and reliable solution, that supports the impressive production of salmon at Danish Salmon in Hirtshals. The salmon here is bred in a so-called RAS-facility (Recirculation Aquaculture System).

Danish Salmon have a daily need for moving fish around between the ponds, as the fish grow, so that the fish continues to feed and gain optimal weight. At Danish Salmon they also have a big central pump, but they needed an extra more flexible pump.

That is why they contacted Washpower and back in March 2022 the new fish pump BlueComfort was installed. Now a half year later the results are pretty clear.

Kim Lyhne, CEO at Danish Salmon says, that opposite their central pump, they now can move the pump around easy from day to day and no skill is needed to operate the pump, just move it and plug in the electricity and it pumps and pumps. Flexibility and simplicity is really the key ingredients here for Danish Salmon, and Kim says:

”The big advantages with BlueComfort is that we can move fish tomorrow, if we need to. The central pump does not have that flexibility, it is occupied by other tasks. So, move the pump, plug in, switch on and we are pumping fish, it is that simple!”

Time saved is equal to one full-time employee

With the simplicity and flexibility that BlueComfort adds, Danish Salmon is now saving a lot of time not having to deal with unnecessary technical stuff and complexity. Time that employees now can convert to increased productivity and hence more tasks done within the same amount of time.

”I believe that in comparison to the central pump, I estimate that we save approximately 1 employee, the time saved on not having to setup and take down, preparing, laying out hose, and so on and on, so one employee is pretty close estimate, when reaching full capacity here in Hirtshals – We also have to take into account all the time saved, not having to wait, like we do with the central pump” explains Kim Lyhne.

At Danish Salmon they constantly gain new insight on the pump’s limits, and every time they use it, and the performance has been very positive so far. It pumps 2-2.500 salmons an hour and up to 2 kilo per piece, a capacity that Kim Lyhne is very satisfied with. It has delivered in full compared to the preceding expectations and at Danish Salmon, they imagine it will pump on for many years to come.

BlueComfort is a economic quite small investment for a big ambitious production like the one in Hirtshals, but it for sure owns its own place and make a huge difference for Danish Salmon. 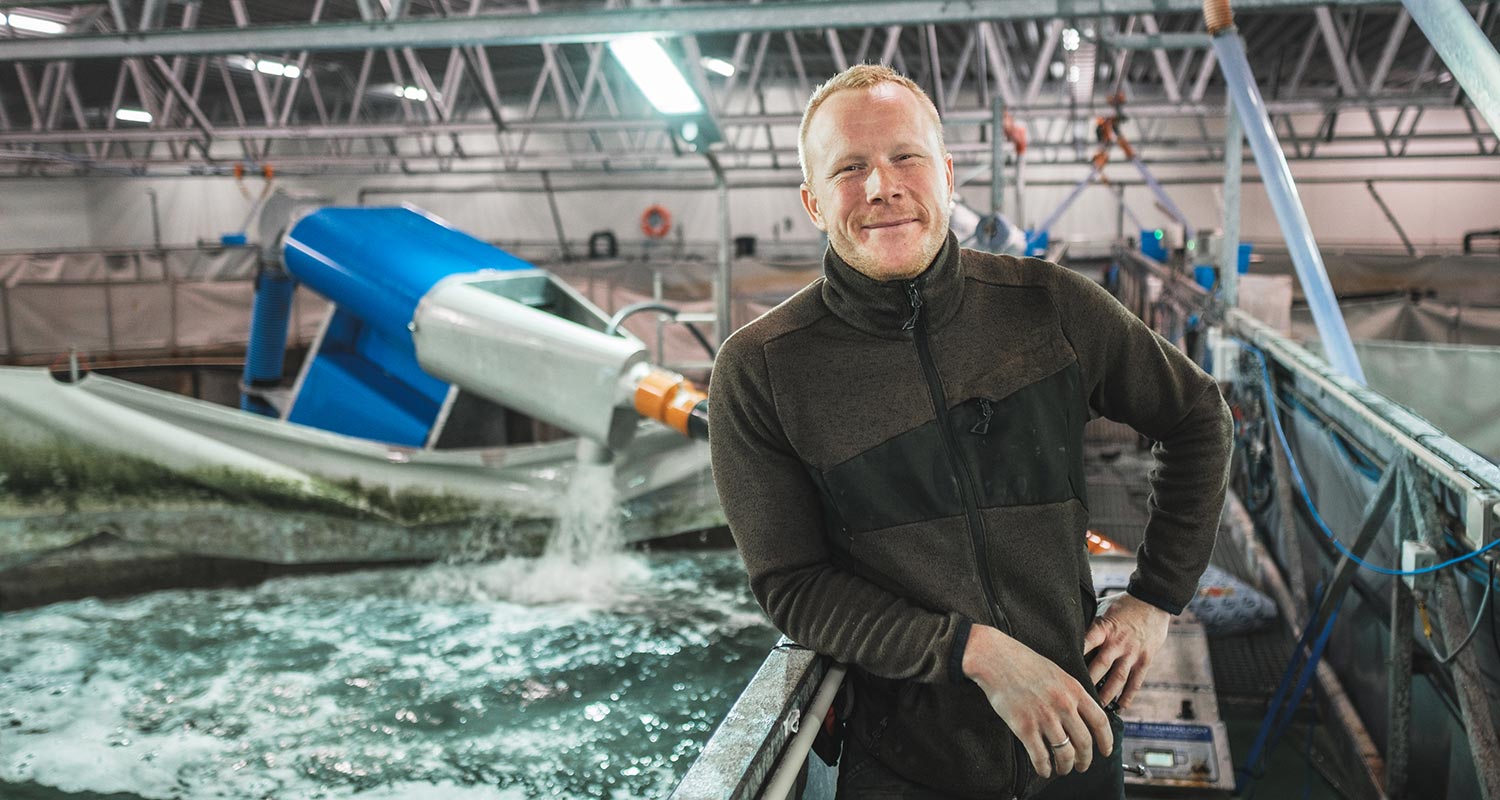 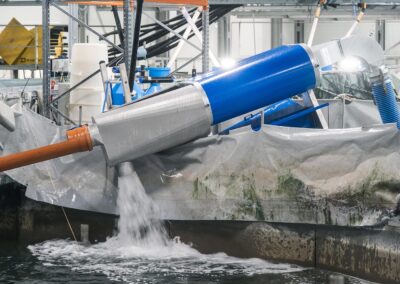 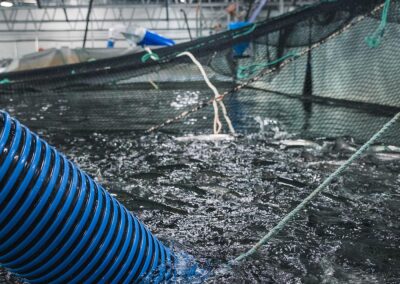 Salmons being moved between ponds 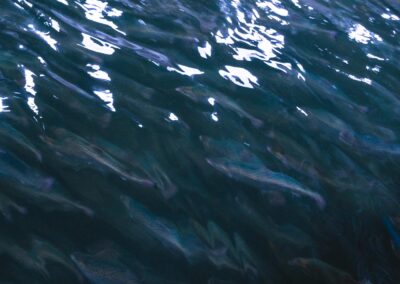 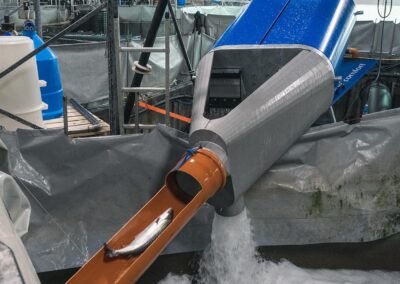 Our expert Mogens Vestergaard is always eager to come by and demonstrate the BlueComfort capabilities.
Sounds interesting? Then please fill out the form and Mogens will get back to you.