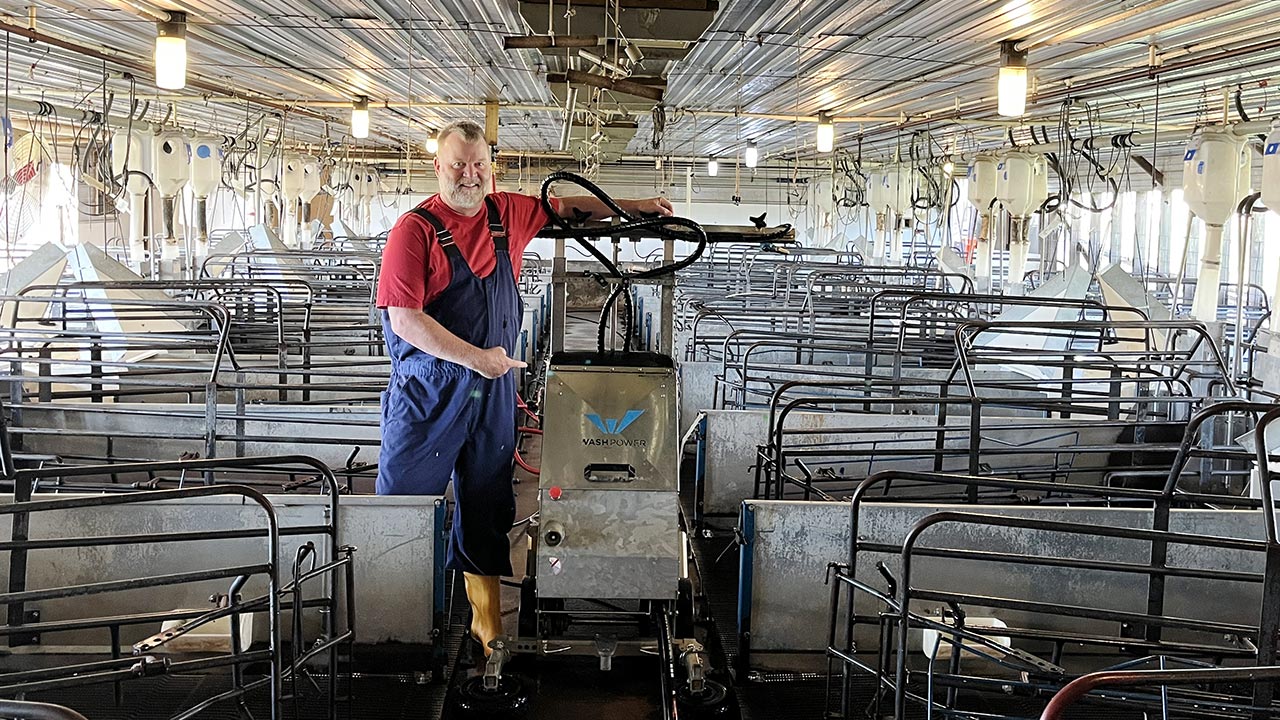 The process of power washing in pig farms is a very demanding and strenuous job. For most employees, it is one of the most dreaded tasks on the farm. It can be a cause of injury and lead to unhappiness at work. This may cause issues with employee retention and recruitment. In a time where it is increasingly hard to find labor, this can be a huge issue.

For Murphy Family Ventures these were some of the key reasons behind investing in an automatic washing solution from Washpower. The machine does 80% of the manual washing job and leads to better employee satisfaction and a more consistent wash result.

Murphy Family Ventures has had a close collaboration with Washpower throughout the process of implementing the wash robots. It started with one robot for testing and has now turned into more than 30 units in both Missouri and North Carolina. During the process, Washpower has provided training on proper service and optimal use for maintenance- and production staff. Apart from a few wear-parts that needed changing, the more than 30 units have been running relentlessly and without issue.

A key figure in the implementation of the first few robots was Doug Tennal, Senior Production Manager at Murphy Family Ventures in Missouri. He was skeptical at first, but once he saw the robot successfully operate for a few weeks, he knew they were on to something:

“At first, we bought one unit for testing, to see if it would work. Many were skeptical, but after thorough testing, we were convinced of its efficiency and reliability. We have calculated that the robot saves us 5 hours per wash and 22 hours per week”

Since the first unit, came a larger rollout that involved Murphy Family Ventures in North Carolina as well. Here the robot has proven efficient even in older farms, built when nobody had even thought of robotic power washing.

Doug Tennal and Murphy Family Ventures continue to be a valued customer for Washpower, and they have since been to Washpower’s new HQ and production facility in Denmark. Here they got a chance to meet the close to 50 dedicated employees that have engineered and built the robot. They were also given a first look at new features, and some of the other robots built by Washpower for poultry and the food industry.

Our experts in X100 will gladly come by to show the capabilities of our washing solutions. Sound tempting? Fill out the form below, and we will get back to you