We visited Agerbo Agro in Haderslev in September 2022 to hear a bit about their first month of using a washing robot X100 from Washpower.

Agerbo Agro is a pig farm with 750 pigs, where half the pigs are sold at 30 kilo and the other half is fed further until they are ready for slaughter.

When we arrived at the farm in the morning, we sat down for a cup of coffee with the farm crew and the talk quickly fell on the washing robot and experiences from around the table was shared. Lucky for us the feedback was very positive and easy to feel that they were very happy about the results it already had produced in the pig pens. This morning session was also an excellent opportunity for the workers at Agerbo Agro, to ask our Danish expert Morten Gramstrup about the use of the washing robot, and more specific, how to optimize the routines of washing the pig pens. As a result, it was arranged that Morten would help with creating a new program for the robot and gave some good advice about the use of the sidewheels.

The process of getting a washing robot actually started back in 2018, where Agerbo Agro had a Washpower robot for testing. Already back then it was clear to them that they wanted to invest in this type of robot, but because of disease at the farm it was postponed, and 4 years went by. Fast forward to 2022 and it was now time to make the investment and Anders Agerbo called Morten from Washpower to make the arrangement, and now they had it running for one month.

Prior to the investment, they only thought that the robot was going to be useful in their slaughter and nursery pens, but not useable in their farrowing pens. But Morten suggested that they at least tried using it in the farrowing pens, and after doing so, it turned out to be a good move. The employees at Agerbo Agro assess that it does about 50% of the work in the farrowing pens, which is a quite okay result for them, and they can now work far more efficient in these pig pens also. Now the washing robot do the hardest part of the job, cleaning after the pigs, and the workers at the farm can much easier and faster finish the job now!

In the nursery and slaughter pens the robot does 70 and 80% of the job now and Agerbo Agro is also very pleased with that result. Not alone is it a big economic gain, but also the joy of working in the pig barns is improved drastically and the working environment is a big priority at Agerbo Agro.

“After one month of use, we are actually very pleased with the results, and after the initial setup, which Washpower guided us through, it now runs super satisfying and we are very happy about it” 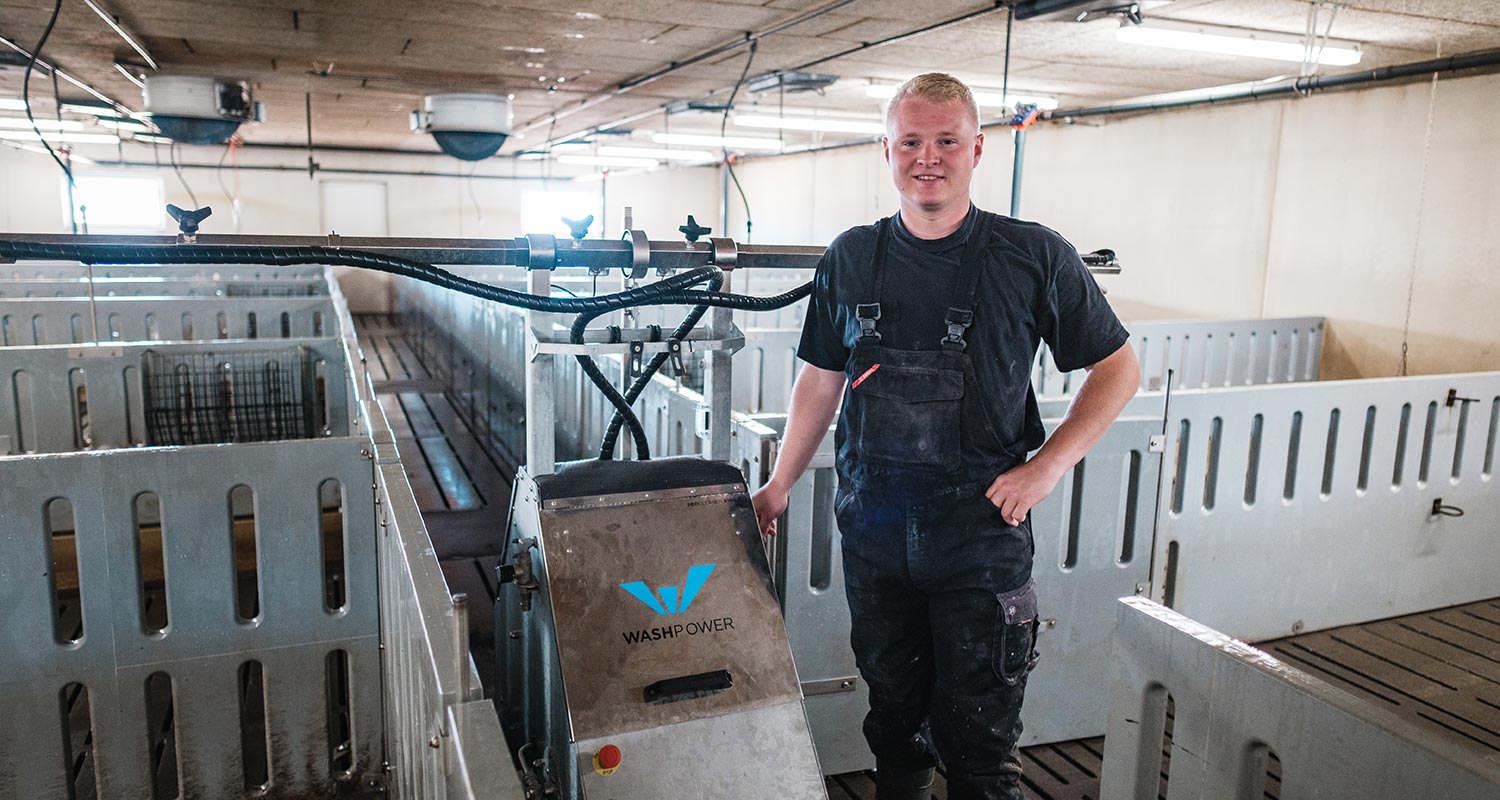 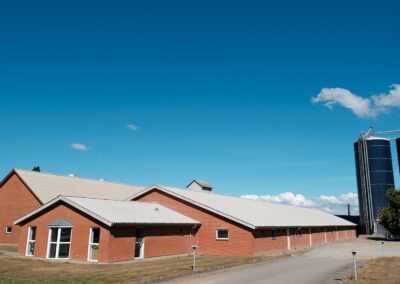 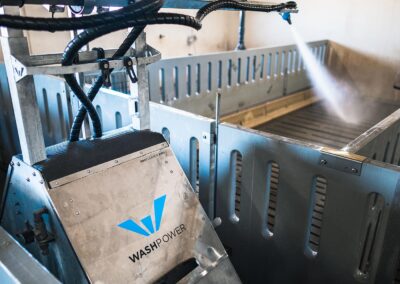 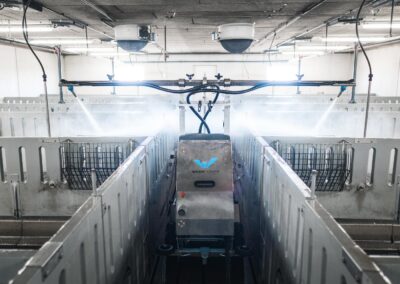 Washing robot washing with both nozzles 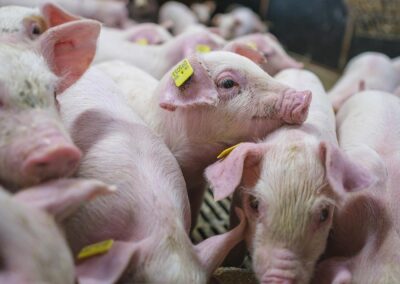 Pigs at the nursery pens

Our experts in X100 will gladly come by to show the capabilities of our washing solutions. Sound tempting? Fill out the form below, and we will get back to you