The robots conquer the Danish pig stables – is not the title of a bad sci-fi film from the 1950s. It is just an update on what is happening in agriculture at the moment. At Washpower, we are constantly updated on what is happening on the market. That is why we have had a short talk with our Danish sales consultant Morten Gramstrup, who takes our ProCleaner X100 in the van and visits the Danish pig stables. 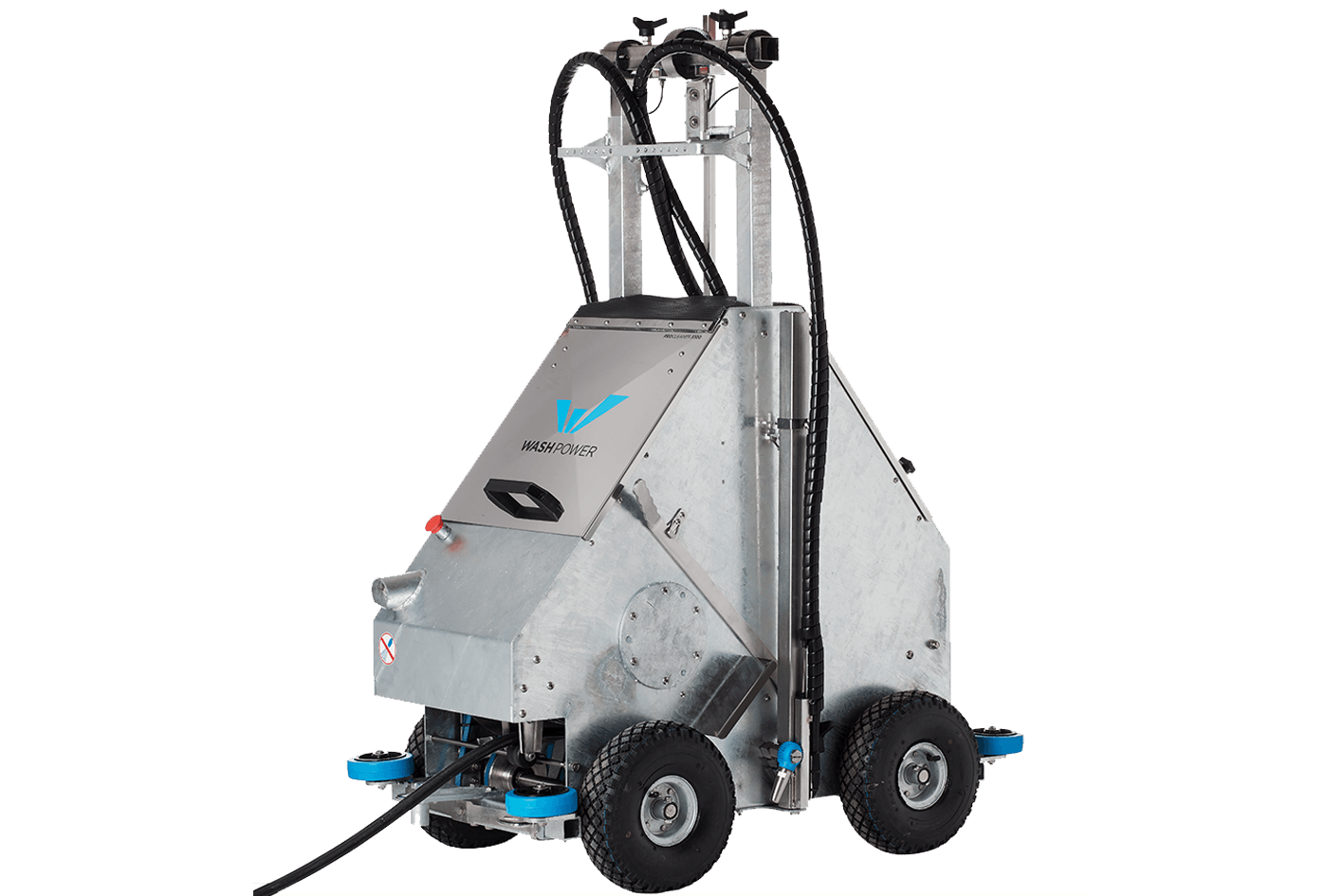 If you want to hear more about our products or if you have questions in general, contact our sales consultant Morten Gramstrup.

ProCleaner X100 – the robot that keeps on giving

On daily basis, we say that the robots conquer Danish pig stables and are led by Morten Gramstrup. Because, even though many in the Danish business community are trying to survive the pandemic, the farms are still going strong. It also means that the Danish farmers still need to clean the pig stables. This is very apparent for Morten and the rest of the Washpower team.
The ProCleaner X100 had a really good year in 2020, where it broke sales records. The sale of the washing robot has been steadily increasing in recent years, and the interest from agriculture is still alive and well. We allow ourselves to say that the robots are conquering the Danish stables. This is mainly due to the need of spending time more efficiently in the stables, without compromising on the quality of cleaning. The washing robot takes 80% of the workload in process of the cleaning the stable and it provides food for thought for the farmers, as Morten says

“It’s not only about money, it should be easy and convenient (as convenient it can be while cleaning a pig stable). Our customers spot an effective opportunity to significantly reduce the workload – physically and in terms of time. At the same time, it must be reliable and do a good job. That’s what they appreciate”.

And it should be easy!

At Washpower, it is important for us to deliver a product that makes sense for the farmer and the daily operation. Most people are surprised by how easy it is to connect and use the washing robot. We get positive feedback. Our customers are happy with their washing robots. It is a very good compliment when it comes from the Danish farmers. But what about the skeptics?
“Of course, there will always be skeptics. Some people do not think that a washing robot is necessary because they have enough manual labor to do the work “, says Morten and adds” But it is also the same people who have not yet tried the washing robot who think that it cannot pay off. ”

Now that things are going so well, some might be tempted to say that everything has an end. Pig production peaked in 2020, and it was i.e. one of the reasons why so many robots were sold. But we cannot get around the fact that the pandemic is still lurking in the background. However, at Washpower we are ready to take up the challenge. The prospects for the washing robot ProCleaner X100 still look promising. Nor Morten let this get to him
“We probably cannot expect the same numbers in 2021, but there is still a great demand for the washing robot. We are contacted by both potential customers and current customers who want to replace or buy an extra for their farm. In addition to this, we are experiencing a demand for second-hand washing robots.”
We look forward to a promising year, where more washing robots enter the Danish farms. The ProCleaner X series also offers a battery-powered version. It especially fits well with the large stables in Denmark, but also abroad, where the size of the farms is most often are large.
If you have not yet had the great pleasure of having Morten and Procleaner X100 visit, do not worry, you still have time.

Book a demonstration by filling out the contact form here – We offer a free wash and good company!

Read more about the washing robot’s conquest of stables in Denmark: Bestseller and expander: – One day everyone might want a washing robot